Petition against FATCA at the European Parliament

If you don't have time to read, you can jump directly to the "how to support the petition" section. If you have time, then here is some context, useful for those who don't know the consequences of some US laws and what this is about.

A summary of the cause behind the petition

Once upon a time, the United States of America created a law called FATCA. The "Foreign Account Tax Compliance Act" was meant to fight tax fraud. Or so they said...

Today, it rather looks like a mean for global control of a wannabe totalitarian government over any person that it has marked as a tax payer. Because, in the end, it's always the same: they want your money. And you shoudn't be able to hide it, you little thief.

To do that, they have forced the financial institutions and the nations of the whole world to disclose information of the people they target.

But, the particularity of the USA is that, as a tax payer, you should pay a tribute to the Mighty Eagle wherever you are and whatever you do. In front of this, most countries have a residence-based taxation so you pay taxes only when you live there.

There are several ways for a person to become a US global cash cow. 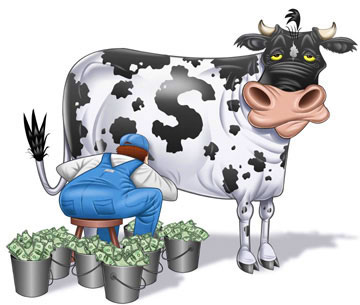 You could be one without even knowing it! It actually happens to a lot of people. That's one aspect of what we call "accidental" Americans. They are unaware of their imposed allegiance to a far away country that never did anything for them. The consequences can be bad. From huge financial losses to the impossibility of getting a job or financial services, even getting a bank account becomes a problem as well as saving for retirement and leaving the legacy they intended for their children.

At least during the medieval era, your local lord would protect you in exchange for your pigs and wouldn't give them to another lord. (Unless your country is part of the empire...) But the modern equivalent of such agreement: being a citizen of a nation that protects you and provide public services that is, does not apply to everyone and the technology has made it possible to track you wherever you are.

Putting medieval jokes aside, this article isn't about how you can become a US tax payer and all the details about US FATCA. (I'll add a few links at the bottom of this article.) It's rather about asking for your help. Even if you are not affected yourself at this moment, you might be later if you go to work in the USA (green card) or if you have US parents or if you were born in the US. On the other hand, if it's not about you, it could be your friends and even your children that could be targeted one day. If your children are targeted it's actually what you are working for today that will be at risk in the future.

Today it's the US, tomorrow it can be another country that will abuse of its financial power. So we are fighting it, because as we speak, there are honest people close to you, all over the world, who are getting their life ruined because of the US, and we need to prevent other countries to have the same idea in the future.

The other nations of the world should do their job to protect the people living inside their borders against foreign laws. Because that's what it is: a foreign law imposed to the world.

So, there is a petition that you can support at the European Parliament.

How to support the petition in the European Parliament? 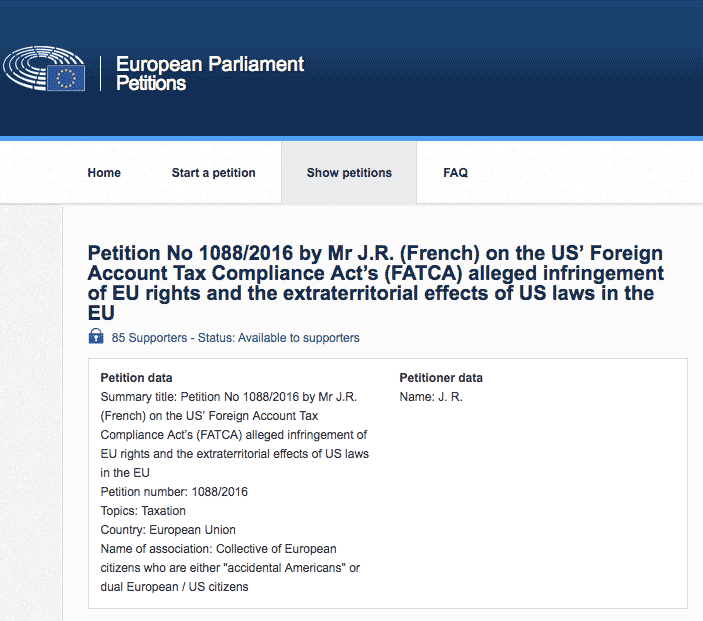